A MEMBER of staff and a graduate of the University of Worcester have both been selected as baton bearers for the Commonwealth Games.

Richard Pepperell, course leader for the University’s Physical Education degree, was nominated in recognition of his fund-raising work.

Meanwhile, graduate Kiran Sahota, who also carried the Olympic torch for the 2012 London Games, has also been selected as a Commonwealth Games baton bearer in recognition of her charity and education work.

“Over the last couple of years, I’ve helped to raise more than £20,00 for various charities, through my work with Stratford RFC where I’m director of rugby,” Richard said.

“It’s really humbling to know that someone decided to put me forward to carry the baton as a result and I’m really looking forward to it.” 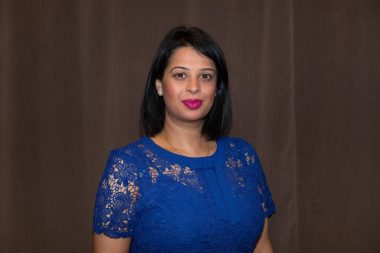 As part of Kiran’s work, she has created a Commonwealth resource pack for young people to help teach about various aspects of its history. Kiran graduated from the University of Worcester in 2006 with a degree in English Literature and American Studies.

“I’m really thrilled to be selected to carry the baton,” said Kiran, who runs a successful community interest company called Believe in Me, delivering sessions for a range of organisations on a number of topics, from domestic violence to mental health.

“After carrying the Olympic torch I didn’t think I would get to do something like this again. It’s a real honour and I can’t wait.”

Each batonbearer will carry the baton for a section of the route between London and Birmingham from now until July 28 when the Games begin.

Richard and Kiran are awaiting details of their section of the route.