WORCESTER’s newest residents have been named after Cathedral bosses revealed more than 200 suggestions were submitted by members of the public. 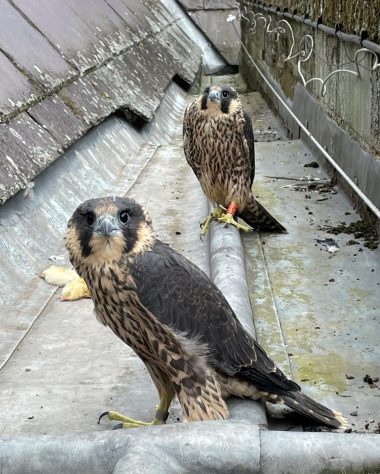 In whittling the suggestions down, the Cathedral based their decisions on honoring both the landmark and Her Majesty the Queen’s Platinum Jubilee celebrations.

As a result, King John aka Johnny, Prince Arthur Tudor aka Arty, Earl Stanley Baldwin, aka Stanley and Queen Elizabeth II aka Beth, can now be seen in the skies about the Cathedral.

Cathedral staff were delighted with the response to drop-in sessions where visitors were able to view the fledglings through a scope and really see ‘the bazaar – the name for a group of falcons – close up.