A FIVE-MONTH-OLD kitten who is thought to have fallen from a moving car in Worcester has had a life-saving operation after nearly £1,700 was raised in less than 12 hours.

Fifi was rushed to a vet by a kind-hearted member of the public after she was found with catastrophic injuries outside a house in Hollymount on May 20. Her fur was burnt and she was covered in oil, which suggested she’d become trapped inside the engine of a car.

After initial treatment to stabilise her, she was transferred into the care of the RSPCA’s Worcester and Mid-Worcestershire branch. 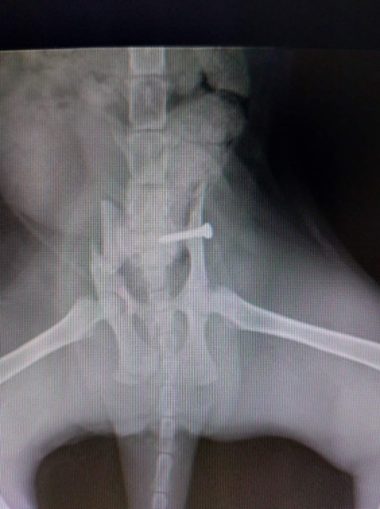 Further x-rays revealed one side of her pelvis was shattered in several pieces and fractured on the other – injuries the vet concluded were likely to have been caused by her falling from the moving vehicle.

Thanks to the generosity of local animal lovers who rallied round to pay for her life-saving treatment following a fund-raising appeal on social media, Fifi underwent a successful operation to have a tiny screw placed in the fractured side of her pelvis last Thursday (May 26).

Despite the severity of her injuries, the brave little kitten – who wasn’t microchipped – is recovering well and is said to have amazed the veterinary staff with her resilience and zest for life.

Claire Wood, from the Worcester and Mid-Worcestershire branch of the RSPCA, said: “We were absolutely overjoyed to raise the amount we needed for Fifi’s operation in such a short space of time. We appreciate it’s a tough time for a lot of people right now, so to receive the support we did made us all feel very emotional. 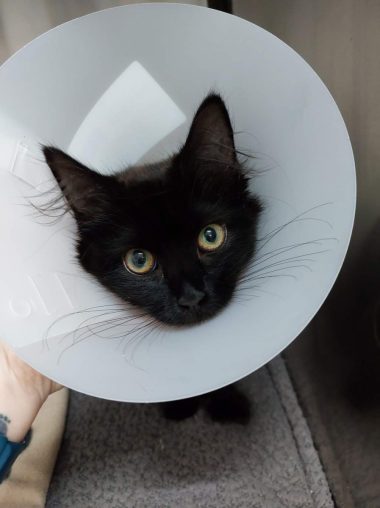 play like the kitten she is – and we’ve every reason to believe that she’ll make a full recovery from the terrible injuries she sustained.

“We’d like to say a huge thank you to the wonderful lady who picked her up, to the amazing veterinary staff who have been caring for her, and to everyone who has taken Fifi to their hearts.

“Every penny raised from the appeal will go towards giving this gorgeous little girl a much brighter future,” she said.

Fifi will continue to recover at the vets before convalescing at the branch’s rescue and rehoming centre, The Holdings, in Kempsey, before staff find her a new home.

Formed in 1911, the Worcester and Mid Worcestershire branch of the RSPCA is a separate registered charity – run by volunteers – which provides animal welfare work at grassroots level.

The branch cares for hundreds of animals every year at its centre in Kempsey, many of which have been abandoned, abused or neglected.