Top Gun, Batman and Elvis: All the reasons to return to the cinema in 2022 - The Worcester Observer

Top Gun, Batman and Elvis: All the reasons to return to the cinema in 2022

Film fans hoping for a roaring return to cinemas in 2021 might have been left slightly underwhelmed last year. While some highly anticipated films finally got an outing, there was also disappointment as blockbusters like Top Gun: Maverick were continually delayed.

But this means there are plenty of reasons to head to the multiplex in 2022, with long awaited comic book instalments such as The Batman, Thor: Love And Thunder, and Black Panther: Wakanda Forever, as well as the return of beloved characters in Downton Abbey: A New Era and Mission: Impossible 7.

There are also intriguing prospects, such as the Harry Styles film Don’t Worry Darling, the adaptation of hit book Where The Crawdads Sing, and an Elvis Presley biopic – and the year is already off to a roaring start with the releases of a slew of Oscar hopefuls. 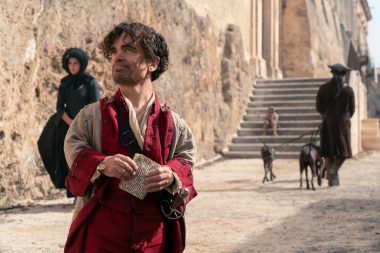 Things really kick into high gear in March with the release of The Batman, which will unveil Robert Pattinson as the caped crusader. 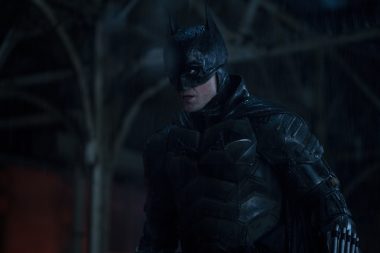 Set photos of the highly-anticipated movie show an unrecognisable Colin Farrell as villain Oswald Cobblepot, aka the Penguin, while Paul Dano stars as The Riddler and Zoe Kravitz steps in the catsuit of Catwoman Selina Kyle. 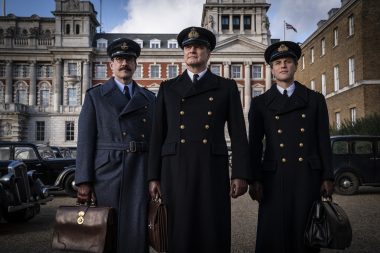 The film, which also stars Andy Serkis as Alfred Pennyworth and Jeffrey Wright as Gotham City’s police chief Commissioner Gordon and was initially slated for release last year, is set to be one of the biggest blockbusters of 2022.

Also eagerly awaited is the return of the Crawleys for their second big screen adventure in Downton Abbey: A New Era, which sees all the original principal cast return, including Hugh Bonneville, Laura Carmichael, Jim Carter, Joanne Froggatt and Michelle Dockery, while Hugh Dancy, Laura Haddock and Dominic West are among the famous faces joining the line-up. 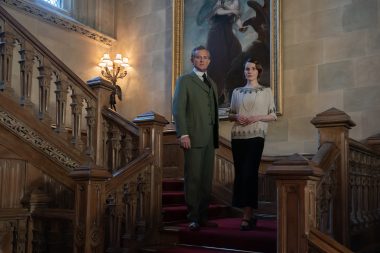 War drama Operation Mincemeat, starring Colin Firth, Matthew Macfadyen and Kelly Macdonald, arrives in April, and tells the story of two intelligence officers in 1943 who dream up an improbable disinformation strategy of the war centred on the most unlikely of secret agent.

The same month also brings the third Fantastic Beasts film, The Secrets Of Dumbledore, which will see Mads Mikkelsen replace Johnny Depp as evil wizard Gellert Grindelwald as he moves to seize control of the wizarding world and Jude Law’s Dumbledore entrusts Eddie Redmayne’s Newt Scamander to lead an intrepid team of wizards, witches and one brave Muggle baker on a dangerous mission.

Marvel delivers the next instalment of mind-bending multiverses in May’s Doctor Strange In The Multiverse Of Madness, which sees the return of Benedict Cumberbatch in the title role. This time he’s accompanied by Elizabeth Olsen’s Wanda Maximoff, aka Scarlet Witch, fresh off her run in the hit Disney+ show WandaVision.

After two years of delays, Tom Cruise zips back into his flight suit when Top Gun: Maverick finally roars into cinemas.

The sequel to the 1986 action original, will see Cruise, 59, back in the pilot’s seat as Pete “Maverick” Mitchell and Val Kilmer reprise his role as Tom “Iceman” Kazansky, while Jon Hamm, Miles Teller and Glen Powell join the cast.

Pixar’s Lightyear, the origin story of action figure Buzz Lightyear and his adventures to infinity and beyond also arrives in the summer, voiced by Chris Evans, as does Baz Luhrmann’s Elvis Presley biopic starring Austin Butler and Tom Hanks.

The film gained infamy early in the pandemic when Hanks was diagnosed with coronavirus during the shoot in Australia, the first A-list star to get the illness, but hopefully will make headlines for the right reasons when it is finally released.

It tells the life story of Presley as seen through the complicated relationship that Presley had with his enigmatic manager Colonel Tom Parker.

As the summer heats up, the eagerly anticipated adaptation of Delia Owen’s bestselling novel Where The Crawdads Sing, starring Normal People’s Daisy Edgar-Jones and Harris Dickinson, will debut, while Chris Hemsworth will return to swing his hammer in Thor: Love And Thunder, reuniting on screen with Natalie Portman’s Jane Foster and Tessa Thompson’s Valkyrie.

Celebrity couple watchers will finally get to see the film that brought Olivia Wilde and Harry Styles together when Don’t Worry Darling is released in September.

The psychological thriller sees the musician star opposite Florence Pugh, while Wilde is back in the directing chair following up her teen comedy Booksmart.

Also expected that month is Mission: Impossible 7, which will see Tom Cruise reprise his role as Ethan Hunt in a new batch of death-defying stunts.

Black Panther: Wakanda Forever, the sequel to Marvel’s groundbreaking Black Panther, is due out in November, after much debate on how the series should deal with the death of star Chadwick Boseman.

The year will come to an end with the unveiling of Avatar 2, the long-gestating sequel to James Cameron’s 2009 fantasy film about Na’vi natives of Pandora.

Recipes From My Travels – Paul’s Gnocchi with mushrooms, tomato sauce and parmesan shavings