FANS of Top Trumps can now pick up a special set dedicated to key workers during the Coronavirus pandemic.

It comes in a ‘Britain at its Best’ pack, with another ‘Hospitals’ Top Trump set. 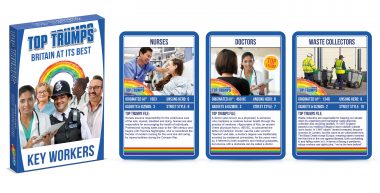 Each worker is judged out of ten on four features – the year they originated, ‘unsung hero rating’, ‘gadgets and gizmos’ and ‘street style’. 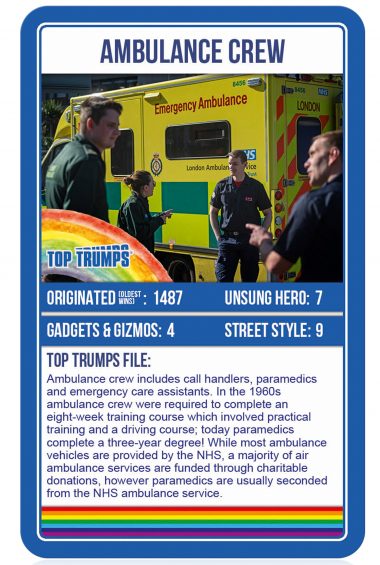 And, as with other Top Trumps packs, each card has a citation with more details on the relevant key worker.

Claire Simon, Top Trumps’ Global Marketing Manager, said: “Every single front-line key worker is, of course, a heroine and hero and would each score 10 (or even 11) out of 10 by any reckoning if we had devised a Hero category.

“By creating an Unsung Heroes category we have ensured varying marks, in keeping with the game’s core classic and its unique and much-loved branding.”

“From our research, which has been intensively conducted over the six weeks, partners of key workers came out top in this section. 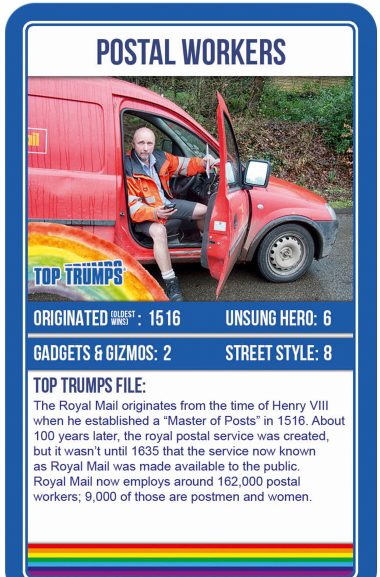 “There are an estimated 1.5million partners of key workers in Britain so that’s a lot of unsung heroes and heroines.

“Many of the public we spoke to pointed out that partners too are putting their lives on the line, albeit less directly.

“As well as being there physically they are providing emotional support.

For that reason we listed partners as key workers.” 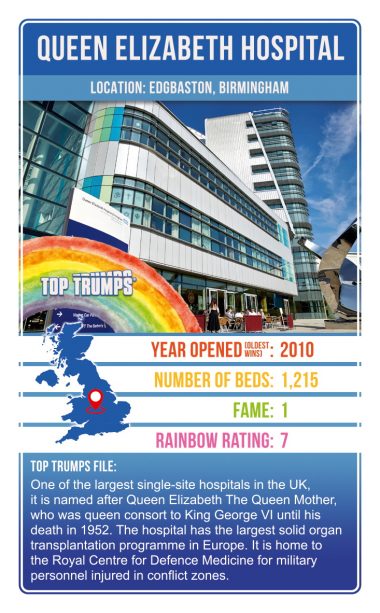 They are judged on the year they were opened, the number of beds they have, how famous they are and a ‘rainbow rating’.

Claire Simon added: “We are sure that this new edition of Top Trumps can lift spirits in this very challenging and unprecedented period of time, as well as raising money for the NHS, with all net proceeds going direct to the NHS.

Top Trumps Britain at its Best: Key Workers is available priced £5 from Monday exclusively at: winningmoves.co.uk.

Missing the cinema? Bond, Black Widow and Top Gun: The films to look forward to in 2021

Could you have treasure buried in your garden? Record number of finds being recorded during lockdown