Remember back in 2008 when Delia Smith faced a barrage of criticism for suggesting that cooks cut corners with her How To Cheat at Cooking book?

The culinary queen was lambasted for daring to put convenient ingredients like frozen mashed potato and ready-made pastry in her recipes, when previously she’d insisted that even pepper should be freshly milled at all times.

“She was heavily criticised for using tinned and frozen food in her recipes, but she was absolutely right.

“Take the frozen pea. First, it’s delicious – all the nutrients are trapped in. Not quite as good as fresh, but nobody wants to pick and pod peas. If it takes two hours, you’re not going to want to eat it.”

But is the celebrated French chef right? Are frozen fruit and vegetables really less nutritious than the fresh variety?

“Frozen fruits and vegetables are as healthy as fresh as they tend to be frozen instantly upon picking them so they keep their nutritional value for longer.”

While nutritionist Rob Hobson, who is working in partnership with British Apples and Pears, says there may be some slight variations between the two:

“Frozen fruit and veg are usually processed or blanched to destroy bacteria, which may lead to some loss of nutrients.”

In addition, salt and sugar levels may be “slightly higher in frozen fruit and vegetables in comparison to fresh. It’s important to always check the labels of frozen produce to ensure they have no added sugar, salt or other flavourings.”

How fruit and veg is stored, cooked and eaten can also make a difference.

“When fresh vegetables are sat for hours at the grocery store, they slowly lose their nutritional value in comparison to frozen fruit and vegetables which keep fresher for longer.”

So if you’ve got a surplus of fruit or veg you might want to chop and freeze it to preserve the nutrients for later.

“Fruits such as apples are best kept in the fridge to ensure they stay fresh for the week. Both the skin and flesh of apples have been shown to contain high levels of polyphenols, specifically flavonoids, which are found in the skin, which is why you should keep the skin on when consuming apples.”

When it comes to meal prep, be careful not to blast or boil vegetables for too long.

“It’s important to ensure that you don’t overcook vegetables so that they keep hold of the nutrients within them.

“A light stir fry, gentle simmer or steaming for a short amount of time helps to ensure the vegetables remain high in their mineral and vitamin content.” 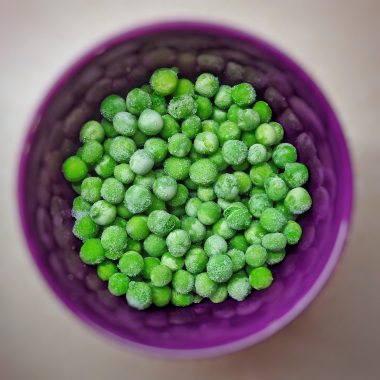