New laws to spare divorcing couples having to apportion blame for the breakdown of their marriage took a step closer this week, as a Bill seeking to reduce family conflict gained Royal Assent. 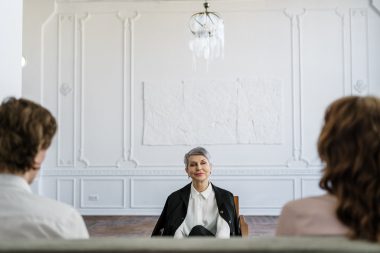 Currently, one spouse has to make accusations about the other’s conduct, such as ‘unreasonable behaviour’ or adultery, or otherwise face years of separation before a divorce can be granted – regardless of whether a couple has made a mutual decision to separate.

The new laws will instead allow a spouse, or a couple, to apply for divorce by making a statement of irretrievable breakdown. This aims to end the needless “blame game” between couples and parents.

Crucially, a new and extended minimum timeframe of six months from the initial application stage to the granting of a divorce will also be created. This will offer couples the time to reflect and turn back, or where reconciliation is not possible agree important arrangements for the future – such as how best to look after their children.

The changes will not come into effect until later next year to allow careful implementation of the necessary changes to court, online and paper processes.

Justice Secretary and Lord Chancellor Rt Hon Robert Buckland QC MP said: “The institution of marriage will always be upheld, but when divorce cannot be avoided the law should not exacerbate conflict and harm a child’s upbringing.

“These new laws will stop separating couples having to make needless allegations against one another, and instead help them focus on resolving their issues amicably.

“By sparing them the need to play the ‘blame game,’ we are removing the antagonism that this creates so families can better move on with their lives.”

The Bill was first introduced in June 2019 after a public consultation and was brought before parliament again following the General Election. It passed its final stage on 17 June, with cross-party backing as well as support amongst family law practitioners.

Juliet Harvey, national chair of Resolution, said: “After more than 30 years of campaigning by our members and others who work to reduce conflict between separating couples, we are delighted that this historic Act will now become a reality.

“Lawmakers have played a valuable role in helping make the divorce process kinder and less confrontational, and our members are no longer hindered by an outdated law which encouraged couples to play ‘the blame game’.

“As a result, practitioners will be better able to support separating families to come to constructive, amicable arrangements that benefit everyone involved, particularly children.”

Specifically, the Divorce, Dissolution and Separation Act will:

The new laws seek to align the divorce law process with the government’s approach elsewhere in family law – encouraging a forward-looking non-confrontational approach wherever possible, thereby reducing conflict and its damaging effect on children in particular.